Story and Photos by Ruth Gifford

Many, many years ago, a seed took root and over decades grew into a massive Ponderosa Pine tree. That long, slow process of growth came to an abrupt halt this spring during one of many wind storms. Here is the first part of that story.

A small seed fluttered to the ground and took root in the lee of a large rock. That rock provided shade from the hot southwest suns and kept the small seedling from being cooked during late summer heat. The rock also provided extra water that ran off the surface and was deposited at the roots of the growing tree. These things helped the seedling to grow and survive as other trees from the same and successive generations succumbed to the heat and droughts.

As Tree grew, no roots penetrated the rock along its west side but other roots spread widely to the north, south and east to take up the scant moisture in late summer and fall. The roots held Tree firmly in place as winds caused it to sway. Those same winds helped shape Tree, encouraging roots to anchor it firmly and to develop a strong and stout trunk. Branches grew outward providing ample space for needles to take up necessary carbon and oxygen from the air, allowing the tree to grow bigger. Those same branches provided shelter to successions of chickadees, nuthatches, squirrels, and insects too numerous to mention. Over time, the roots, trunk and branches became huge.

As the Ponderosa Pine became huge, so did its roots. They protruded from the ground where the soil was shallow. Roots pressed Tree further from the rock, in the process weakening some of the foothold that had originally anchored it firmly, until a fateful day when the wind came from just the wrong direction. On this day, the wind came from the west side where the roots were not anchored because of the rock.

Now, the rock that originally protected and provided the initial microclimate that helped Tree to survive contributed to its demise. For this long-standing tree to fall during a time when soil was not saturated with water, the wind had to blow at just the right angle that Tree could not withstand the swaying of the wind in its massive branches and crashed to the ground.

Now, Tree lays on its side, top downhill. It will provide home and shelter to a new succession of different animals and insects. It will slowly decay, releasing its stored nutrients and carbon back to the forest and soil. It is sad to see a massive, stately Ponderosa Pine fall, but at the sam time, I know this story is not over. In future stories, I will share with you how this Fallen Giant will continue to provide other benefits to the birds, mammals, insects, and maybe even a future Giant Ponderosa Pine. 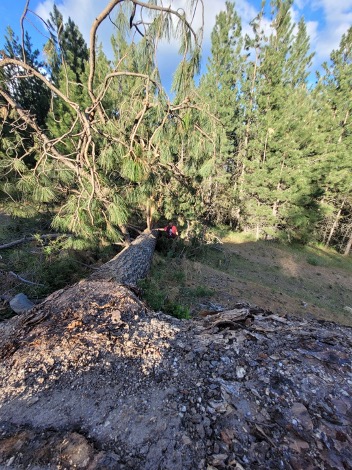 Guy Gifford, DHC Board Member, Stands Near the Fallen Giant 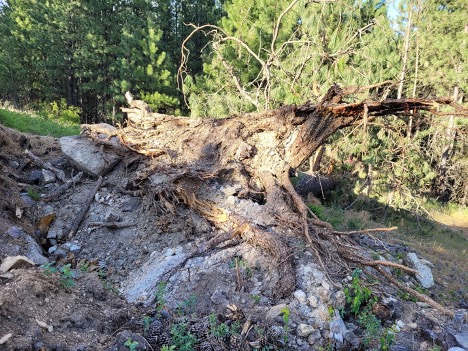 Notice the Root Growth, Especially its Absence on the Top Portion of the Root Mass 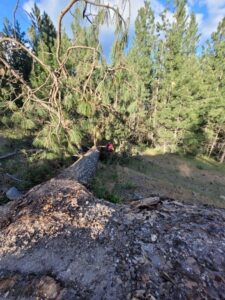 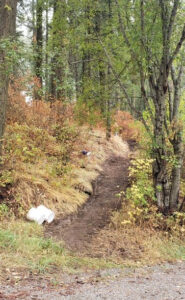 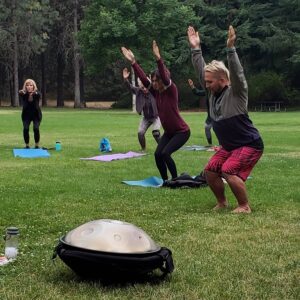 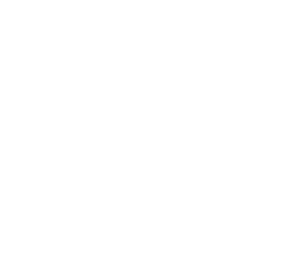 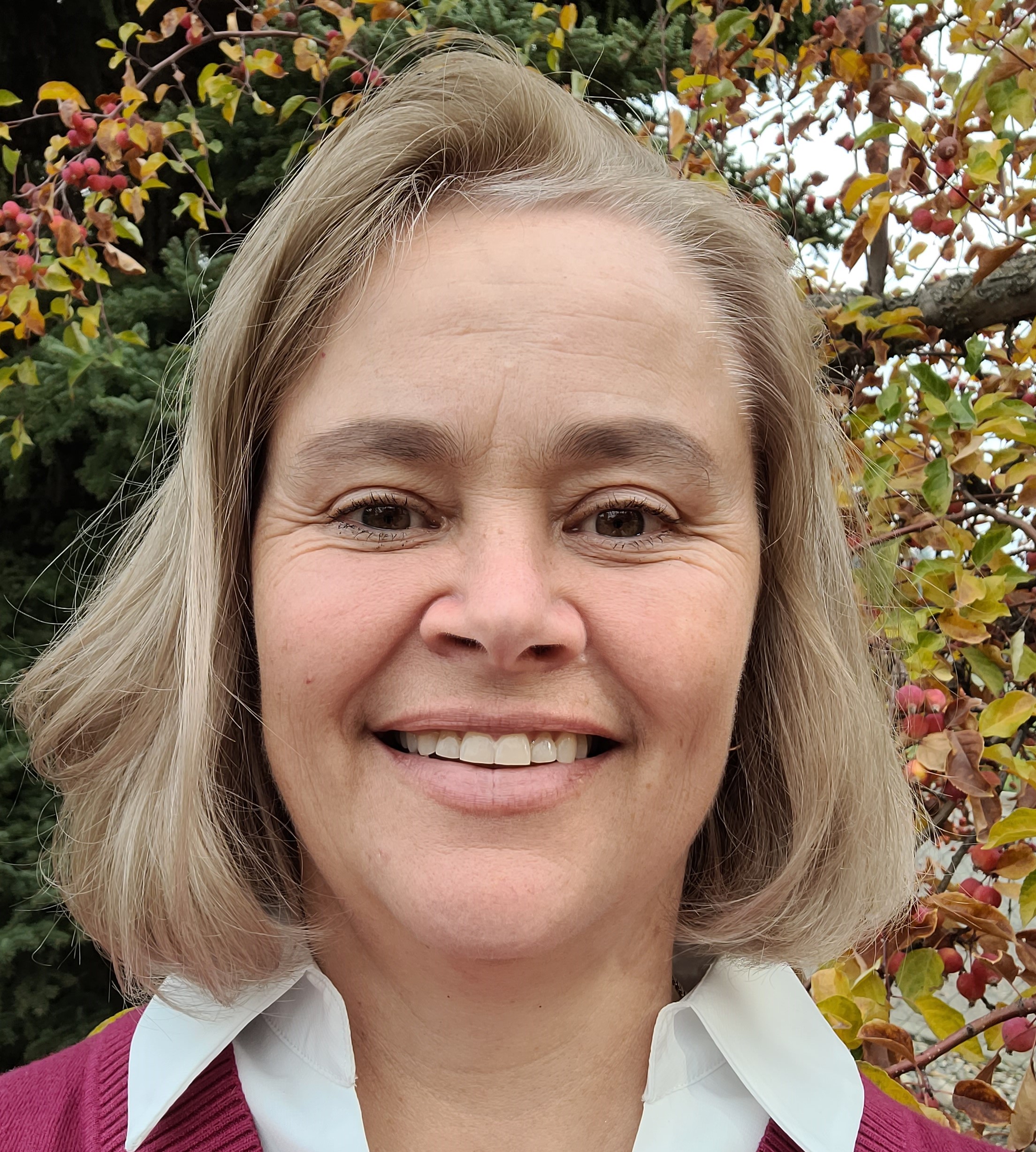